At Gotham Market, skip the fourteen rotating beers—and Mai Tai!—on tap at The Flamingo (for now), and the handmade dumplings at Hey Hey Canteen (more on those later), and head straight to Bolivian Llama Party for an anything-but-sad working lunch.

FACT: The three guys behind the spot are fans of the unconventional; you may have visited them at their subway tunnel location (yes, that’s what we said) at Columbus Circle, or at the Riis Park Beach Bazaar in the Rockaways.

FACT: They claim to be neither traditional nor fusion; you’ll find a bit of both. Like the salteña, a a flaky, doughy, football-shaped Bolivian empanada with a soupy meat or veggie filling and a sliver of hard boiled egg, rooted in 200 years of tradition. And the trio of Andean Superfruit juices: blackberry and basil, passionfruit and ginger, and flax.

FACT: They also sling lots of after-work, small bite-y fare (and they happen to be adjacent to the aforementioned Flamingo with their plentiful brew options). Like those salteñas. And papitas (french fries) tossed in Bolivian Pink Salt and served in a cone with your choice of five different sauces (like black mint and truffle, parmesan and cilantro, and curry ketchup, to name a few). And chicharron wings marinated in Paceña beer and fresh herbs, fried and tossed in buffalo sauce.

FACT: But they also have a kale and quinoa salad with roasted shiitake mushrooms, a grain bowl with Andean wheat berries, seasoned chicken, and avocado, and even a tasty vegan sandwich with lettuce, tomato and cilantro aioli, for those interested in lighter options. 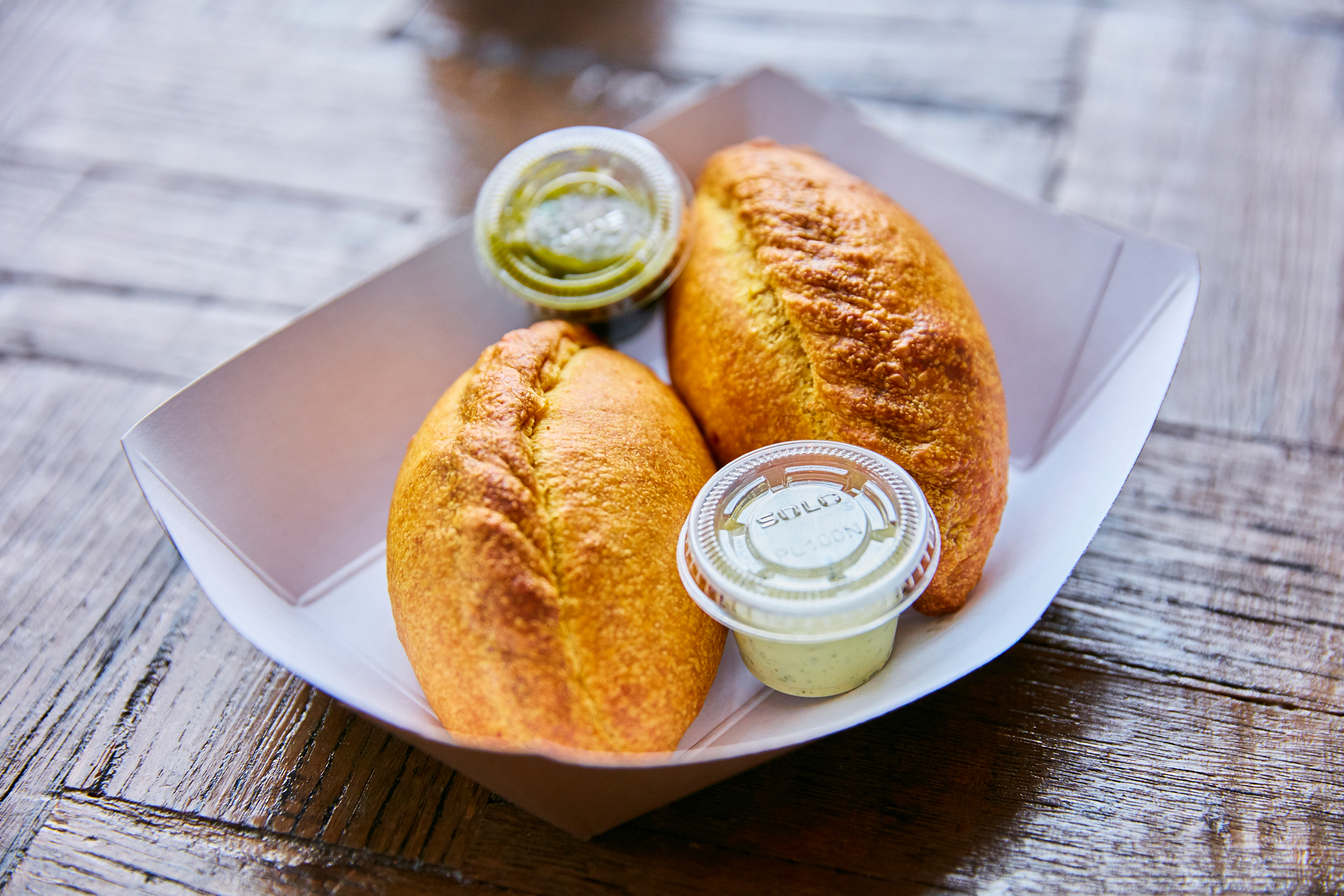 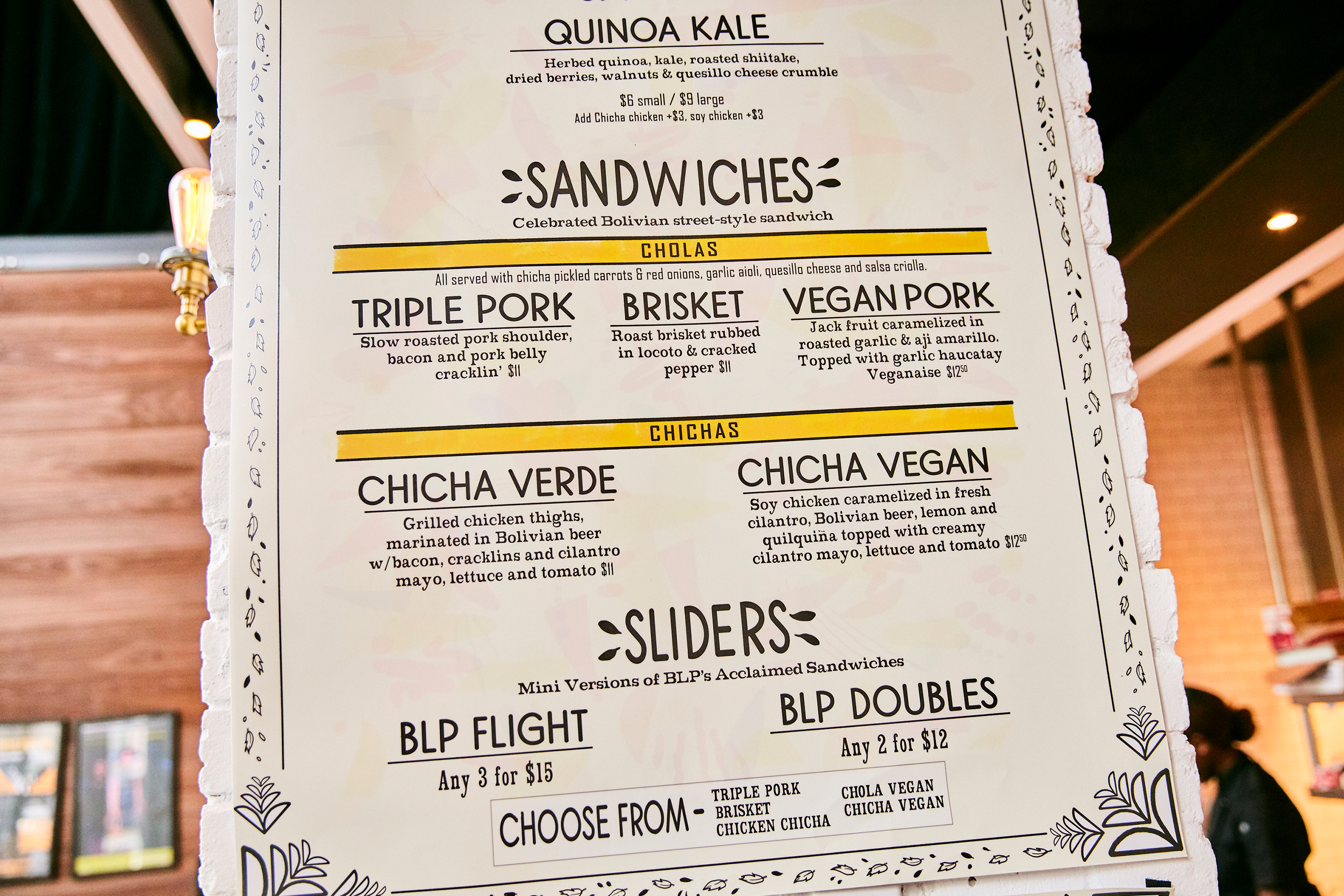 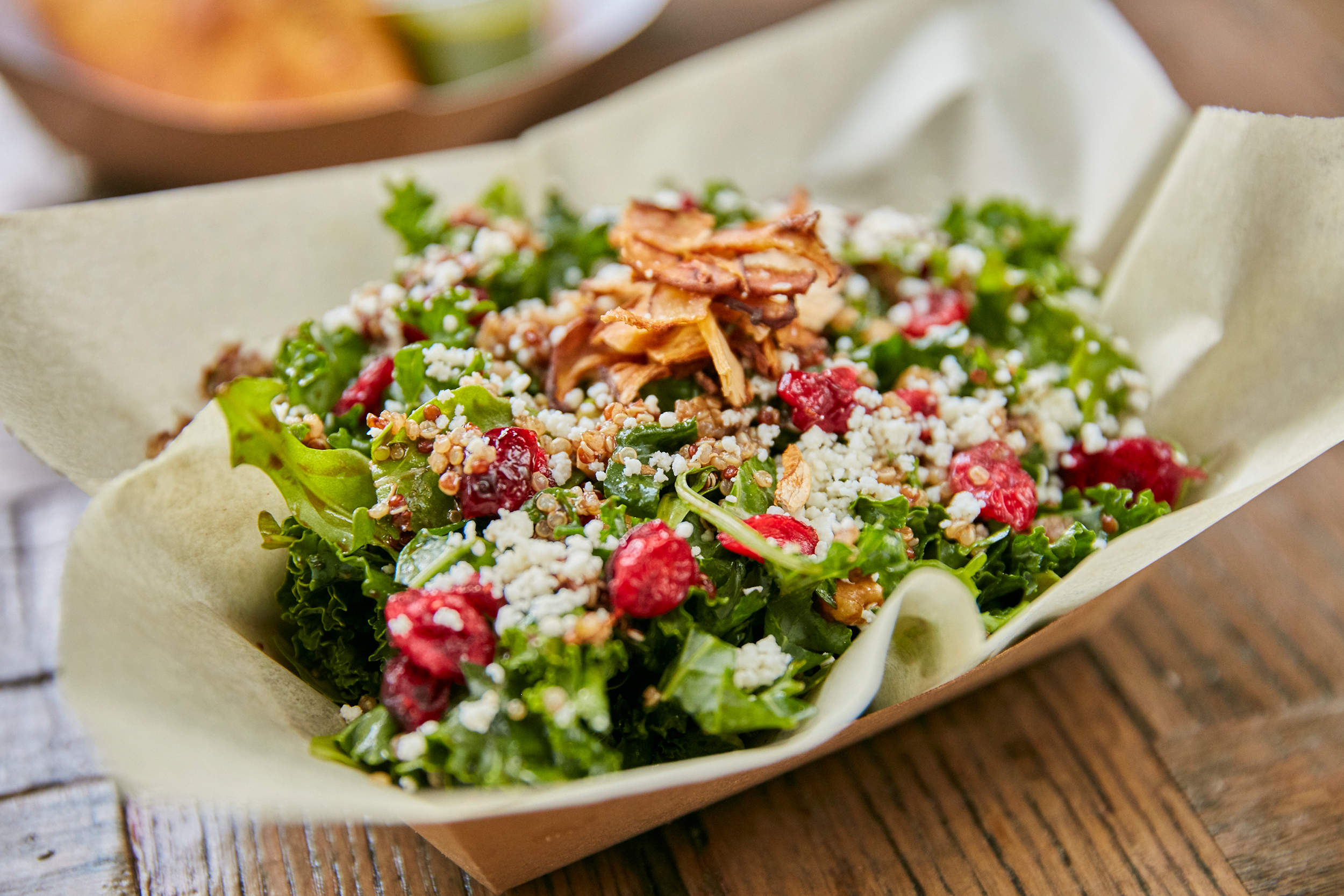 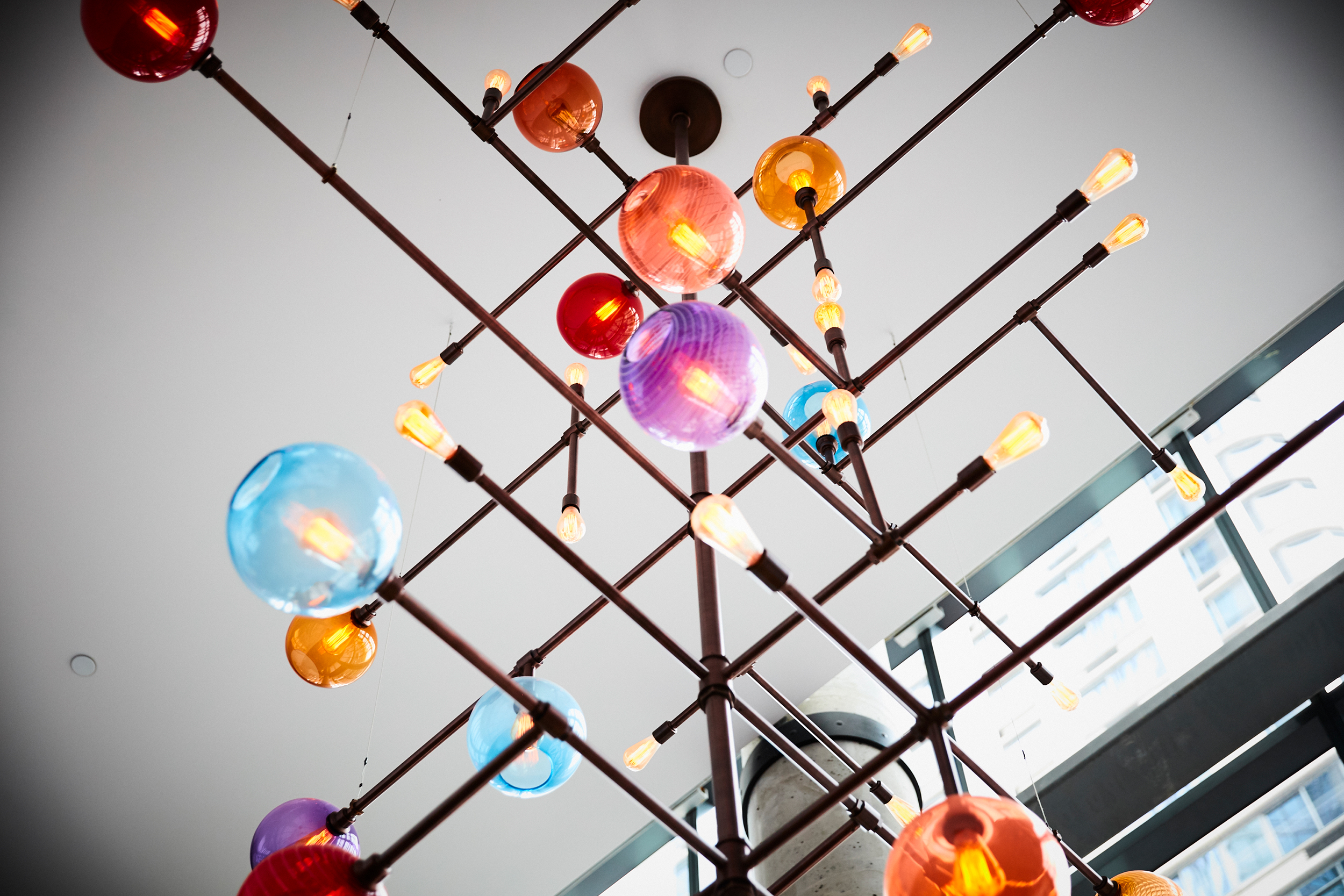 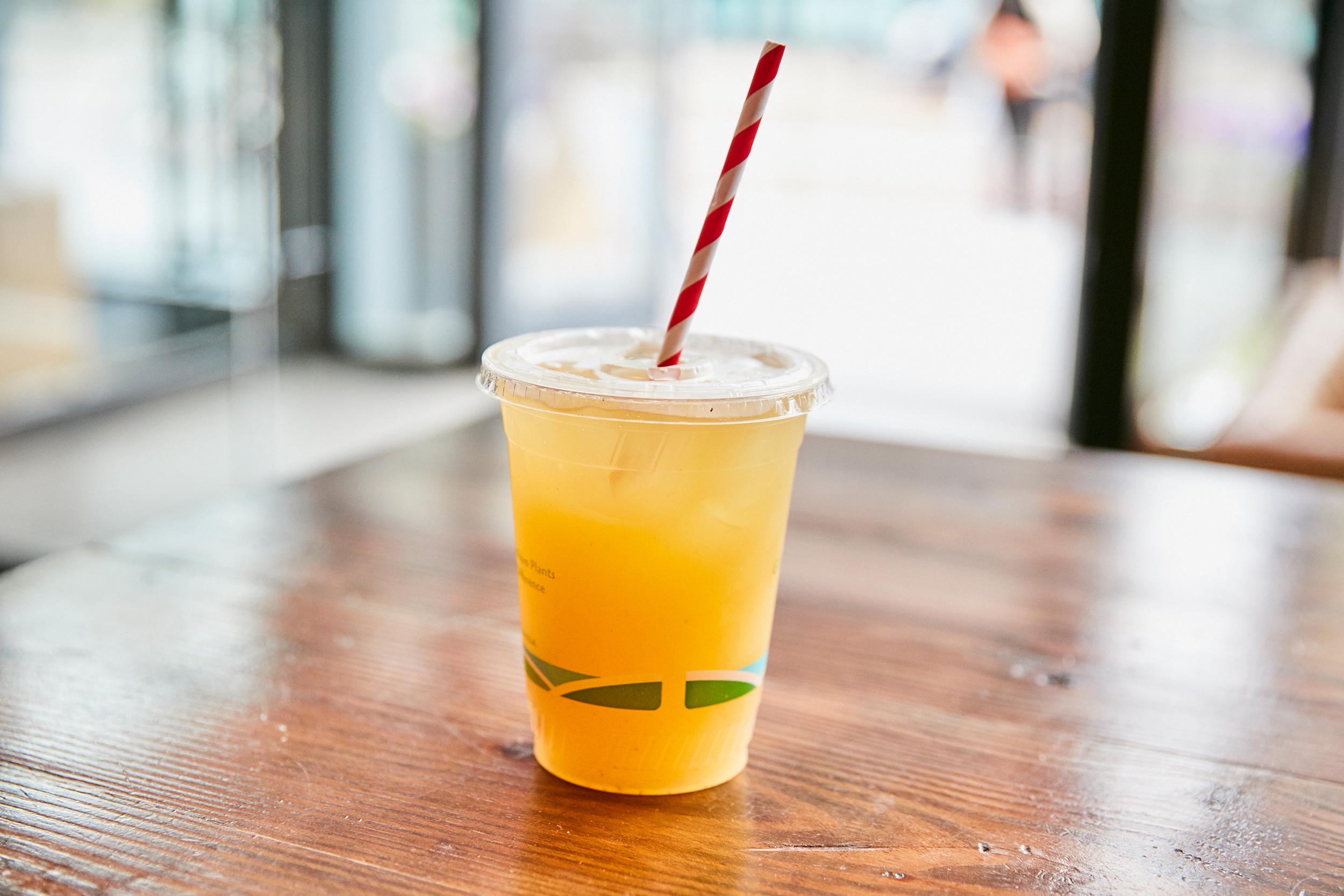 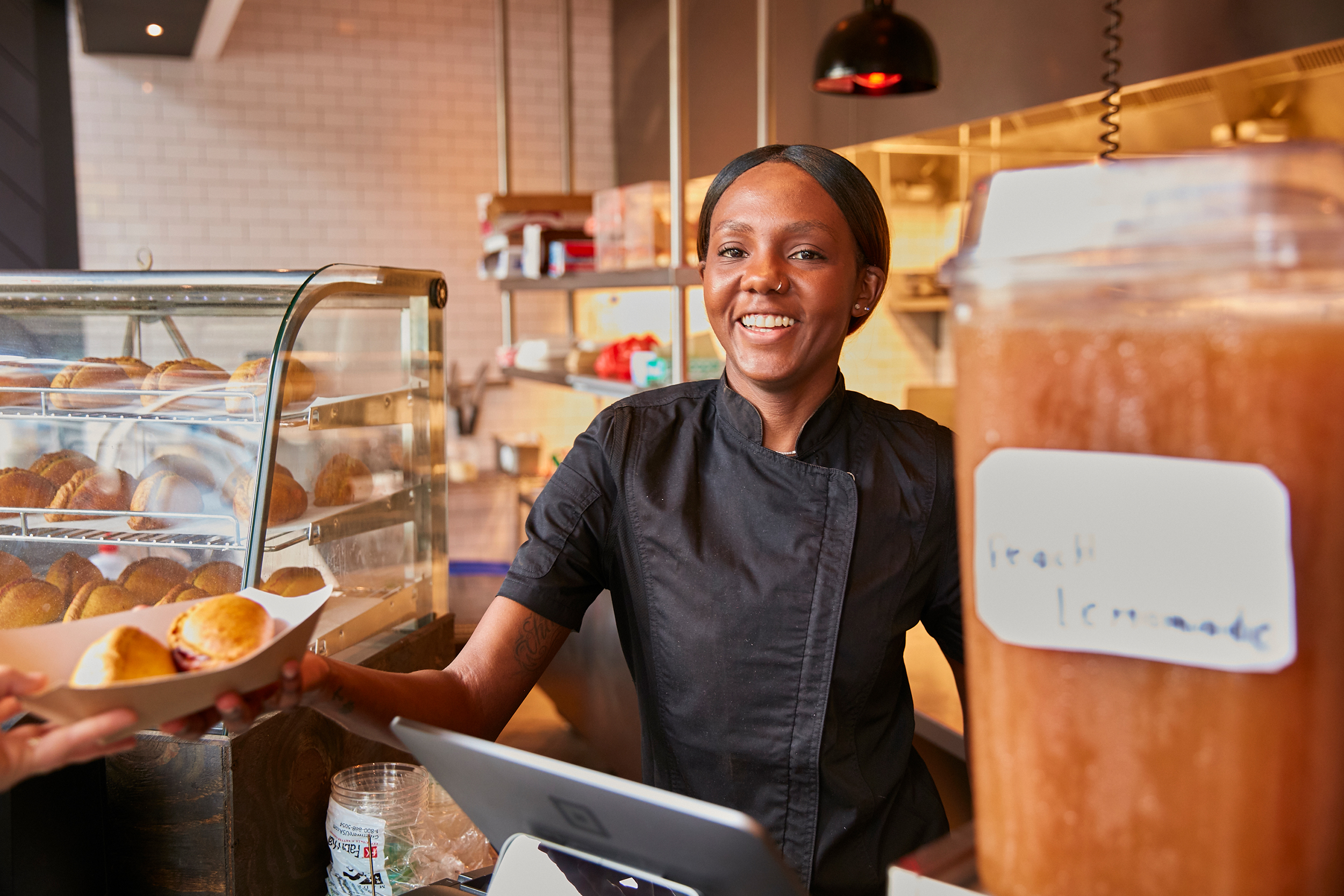